Pelham Grenville Wodehouse is considered by many to be the greatest writer of comedy in the English language. He was a resident of Emsworth for 10 years, from 1904 until 1914, a large part of his formative writing life. As with so much of his life, the relocation to Emsworth was accidental! 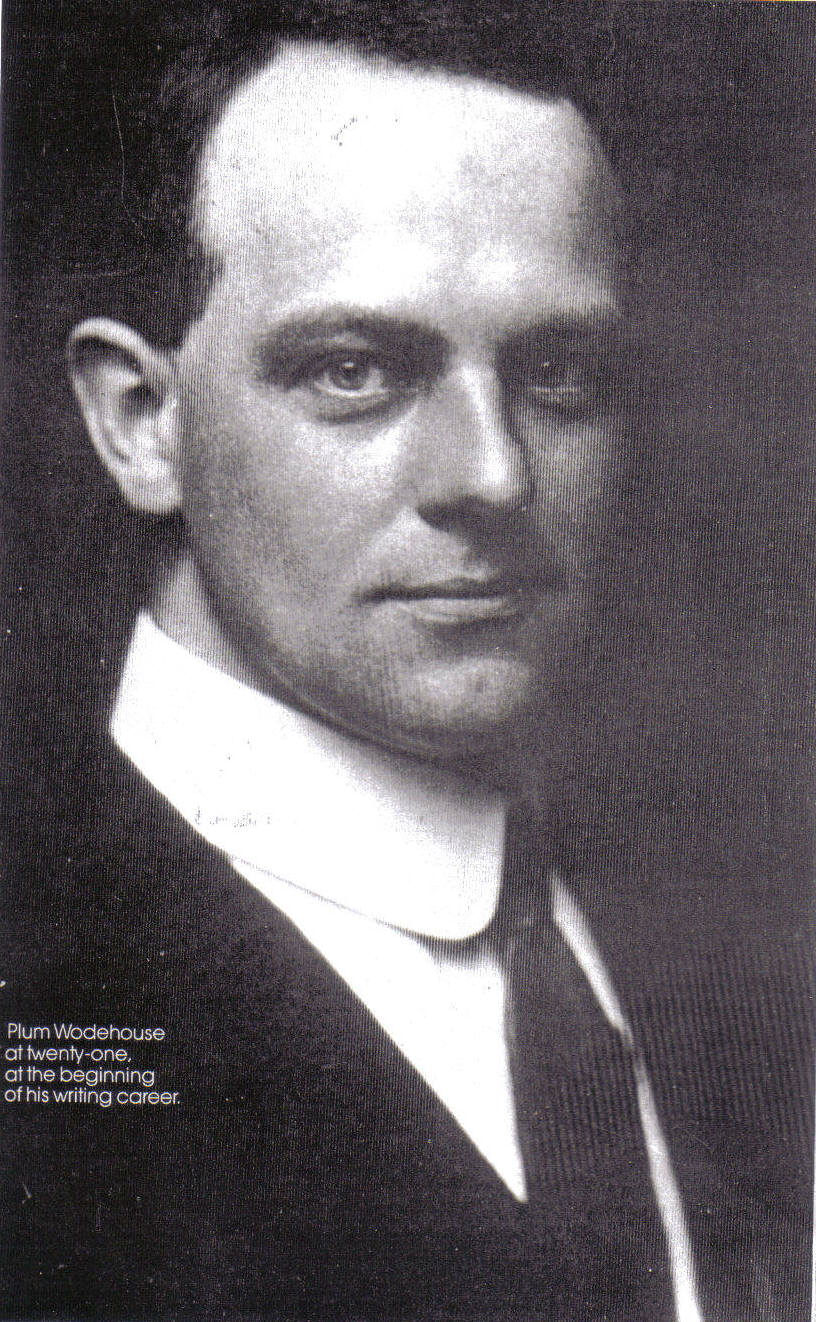 P.G. Wodehouse was the third son (of 4) of an English colonial official, who was based in the Far East. Plum (as he was called) had been born in Guildford, and at age four he returned to England for his education; this was fairly basic fayre until he went to Dulwich College. There he blossomed into an all-round student and sportsman, playing cricket, rugby and football for the first teams at the same time editing the school magazine and writing poetry in Greek and Latin as well as English. Plum wanted to go on to university, but due to a sudden fall in the value of his father’s pension (with one son already at Oxford) the fees could not be afforded. It was therefore decided that Plum would go into banking, and to this end his father found him a position with the London office of the Hong Kong and Shanghai Bank (now HSBC). This was largely a training office which, after a two year training period, would see Plum in a comfortable position in some overseas branch of the bank.

This plan appears to have been founded on at least two flawed assumptions! Firstly it seems Plum had no great aptitude, and even less interest, for figures or finance. As soon as this became apparent to any departmental line manager, he would be passed on to another department of the bank, presumably with little mention of his lack of his numeracy as he “graduated” between the various departments. Secondly he was very good with letters, not algebraically, but as in the written word. In fact he had an all-consuming passion to write, so much so that he felt the need to write down any idea for a story as soon as it came to him. This habit of writing storylines on any scrap of paper lying around, progressed as he “graduated” through the various departments of “Fixed Deposits”, “Inward Bills” then “Cash” to the extent of using a banking ledger, then tearing out the page to take home. It seems to have escaped his notice that the ledger pages should be consecutively numbered and that it was a serious and suspicious matter in the financial world if the page numbers of a financial report were not so ordered. Plum resigned before he was sacked. And so Plum was allowed to embark on a writing career.

At a particularly desperate time, he met by chance another aspiring young author, Herbert Westbrook, who was teaching at a small boys’ school on the south coast. Plum joined him there for a holiday in 1903. The south-coast location was Emsworth, and the school, Emsworth House School. Captivated, as everyone-else who visits the place, and set on a friendship that would last his lifetime, Plum moved to Emsworth in 1904, and sent his regular column in a London daily paper to London by train each afternoon. Originally he lived above the stables at the school, but then he took a lease on a house called Threepwood in Record Road. Possessing six bedrooms, a croquet lawn and a large conservatory, its real advantage to Plum was that it had a gate into the school grounds. Plum never taught at the school, but he was obsessed with cricket, and he helped the boys with their sports and also with amateur dramatics. Swimming at the bottom of Beach Road, and at the beach huts at Hayling Island was another way of helping the boys to keep fit.

Plum was very disorganized and so he employed one of the housemaids from the school as his housekeeper. Lilian Allen, married to a local fishermen, looked after him and made sure he had food to eat, clothes to wear and a neat home to live in. Plum wrote to her irregularly for the rest of her life and when she died he told her son that Lilian had been the best friend he had ever had. Her descendants (the Barnett family) still live in Emsworth.

Travel and foreign countries had always interested Plum, although his writings were all centered around the first 30 years of the 20th century in England. His fascination with America encouraged him to visit the country for short holidays, and in 1914 he was going on a slightly longer stay in that country. However, his ship docked in New York on 4th August 1914 (the day the 1st World War broke out) and he was stuck there. His eyesight was such that he could not be considered for the army or navy, so he made no real effort to return to the UK. At the end of hostilities, Plum returned to visit Emsworth House School on a regular basis as he had by now struck up a close friendship with the headmaster, Baldwin King-Hall. However when King-Hall died in 1929 Plum never again returned to the town. 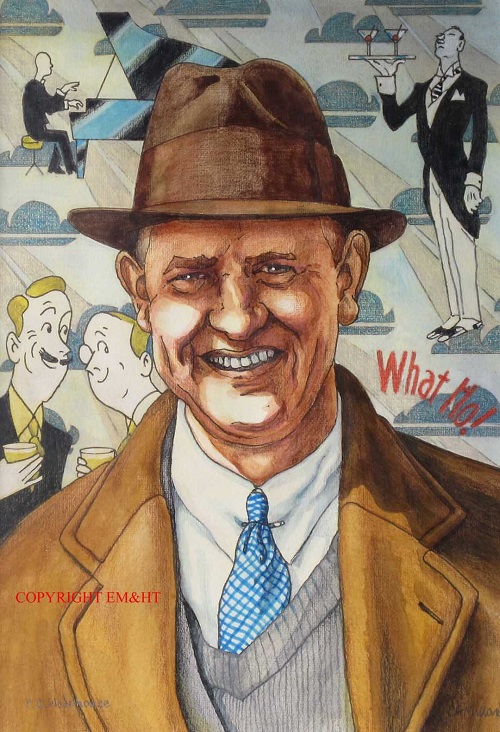 The rest, as they say, is history. With his career having taken off in a quite phenomenal way post-1914, it is difficult to deny the huge influence that Emsworth exerted on Plum, although Wikipedia’s entry with its complete lack of any reference to this period of PG’s life, makes an attempt. The experience at least left Plum with a bank of names for characters and places from which his writings were to draw. Many of the plots have some roots in Emsworth, and his books are littered with references to people and places in the area. Chapter 7 of Damsel in Distress, for example, is a very accurate description of Emsworth at the time of the great oyster scare between 1902 and 1906 and is easily recognized as the town named “Belpher”. There are many others, illustrating how deeply into Plum’s psyche Emsworth had become engrained. Emsworth only lasted a lifetime in the memory of PG Wodehouse, but it will remain forever within the public memory through his writings.

Picture Right: A lovely painting of PG Wodehouse in his gallery at the Museum

Some Emsworth References in Wodehouse Writings

Something Fresh (1915) and all “Blandings” novels:

The museum has recently acquired two brand new P G Wodehouse publications: Volume 1 - Articles written by him for the Globe newspaper 1901-1908, and Volume 2 200 verses also written by him.

Visit the Wodehouse gallery in the Museum, see how prolific Plum was as a writer of stories, plays, books, magazine articles and letters. A visit to Emsworth and its museum does however come with the health warning that after one visit, you may feel the need to do it again. Afterall, it happened to Plum!