Exhibition Emsworth Past and Present 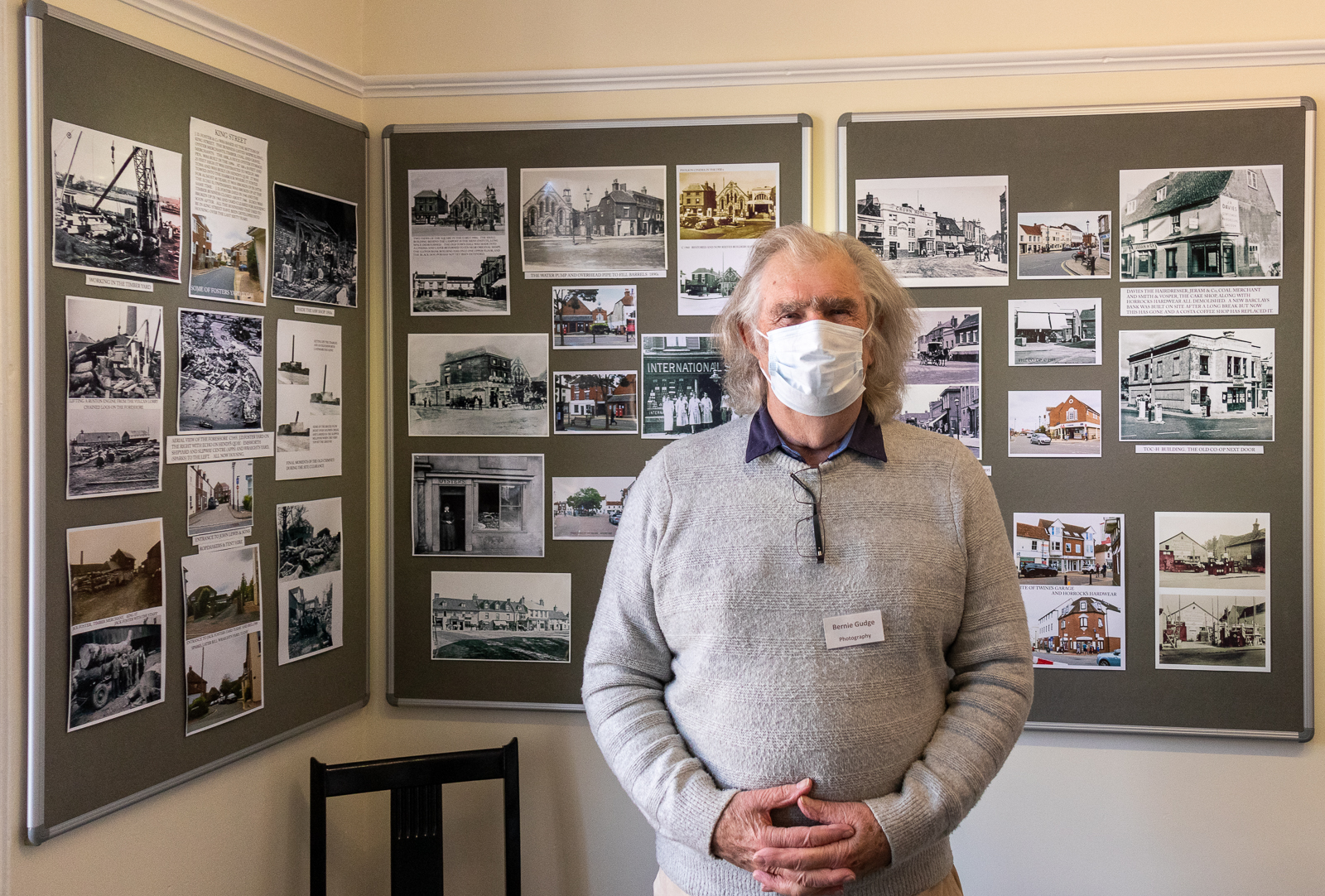 In October 2020 the Emsworth Maritime Museum presented an excellent photographic exhibition organised by Bernie Gudge who processed many old black and white photographs in the Museum archives to present a clear demonstration of Emsworth, Past and Present. with appropriate written information. 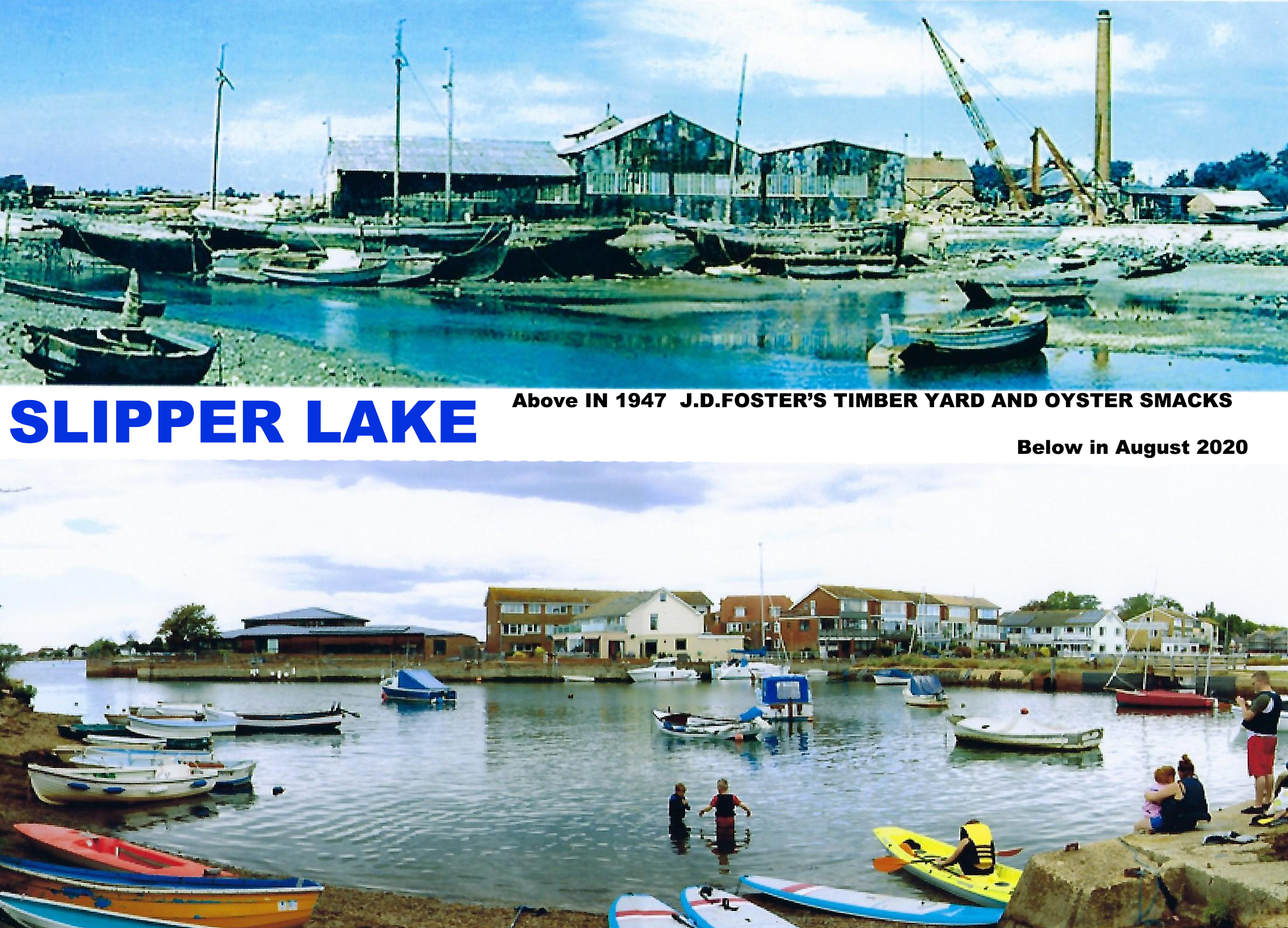 Emsworth was once famous for its oysters and there were photos of dredgers on the bow of the boat the Echo which was the largest oyster smack in Emsworth. Photos of JD Fosters boat yard revealed the firms involvement in oysters as well as being timber, coal and gravel merchants. There was a huge amount of storage for oysters but once the owner JD Foster died in1840, business changed and the firm’s land space was eventually used for housing.

Apart from its association with oysters, Emsworth has several claims to fame, including the launching of a new yacht from APPS boatyard. In 1960s the boatyard became home to Bowman yachts that were in the Round the World Race in 1978  and  the Fastnet Race 1975. These Races were skippered by Emsworth resident Sir Peter Blake who won both events or Great Britain.
Emsworth still has a reasonable amount of shops but the exhibition highlighted that many were no more. For example, Barclays Bank has been replaced today by Costa Coffee, with photos of Carters once Animal Food and Seed Merchant in North Street in 1910. Reeves Building Yard lasted until 1960. However, Queen Street mostly remains unchanged from the past and the Clock Tower was restored and is now a café.

Being near the sea Emsworth has suffered from flooding over the centuries with photos of water around the Lord Raglan emphasizing the depth of water reached not only in the past but very recently. 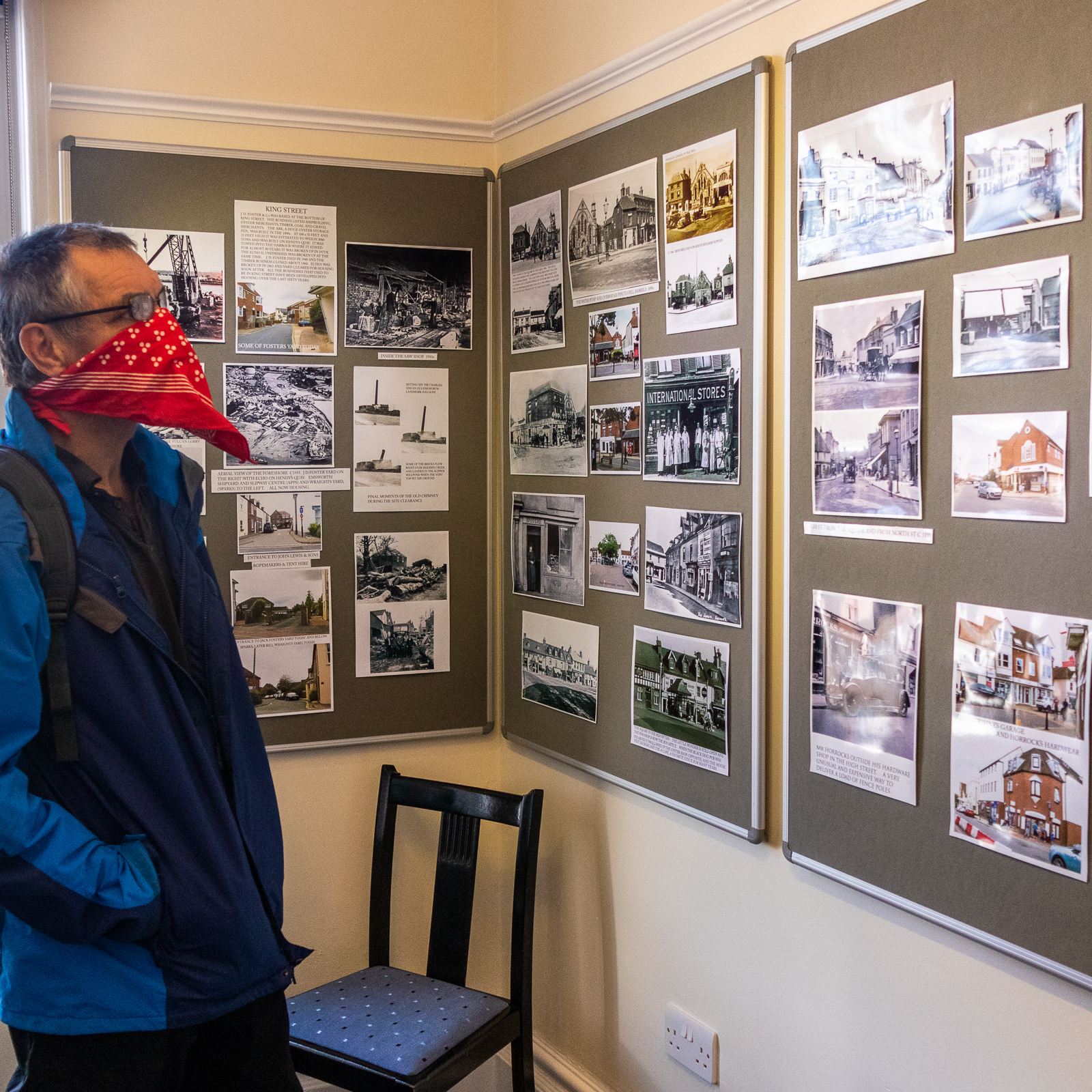 The greatest change and upheaval to Emsworth in the past, as clearly shown in many of the photographs on display, was the by-pass built at Hermitage in the 1970s. It was sad to see photographs of the many cottages, pubs and shops such as The Little Green, the Swap shop, a Sweet shop, a Book shop, Hairdressers, Jerome and Co. Coal Merchant and even a cake shop that were all demolished to make room for the by-pass On display were poignant photographs of these buildings actually being destroyed and houses were built where the Oyster Merchants had once had a thriving business. In contrast there were some photographs of the 1963 Freeze Up in Emsworth that changed the landscape for several weeks.

There was a continual flow of visitors for the exhibition and everyone spent a considerable amount of time scrutinising the fascinating photographs of Emsworth Past and Present,