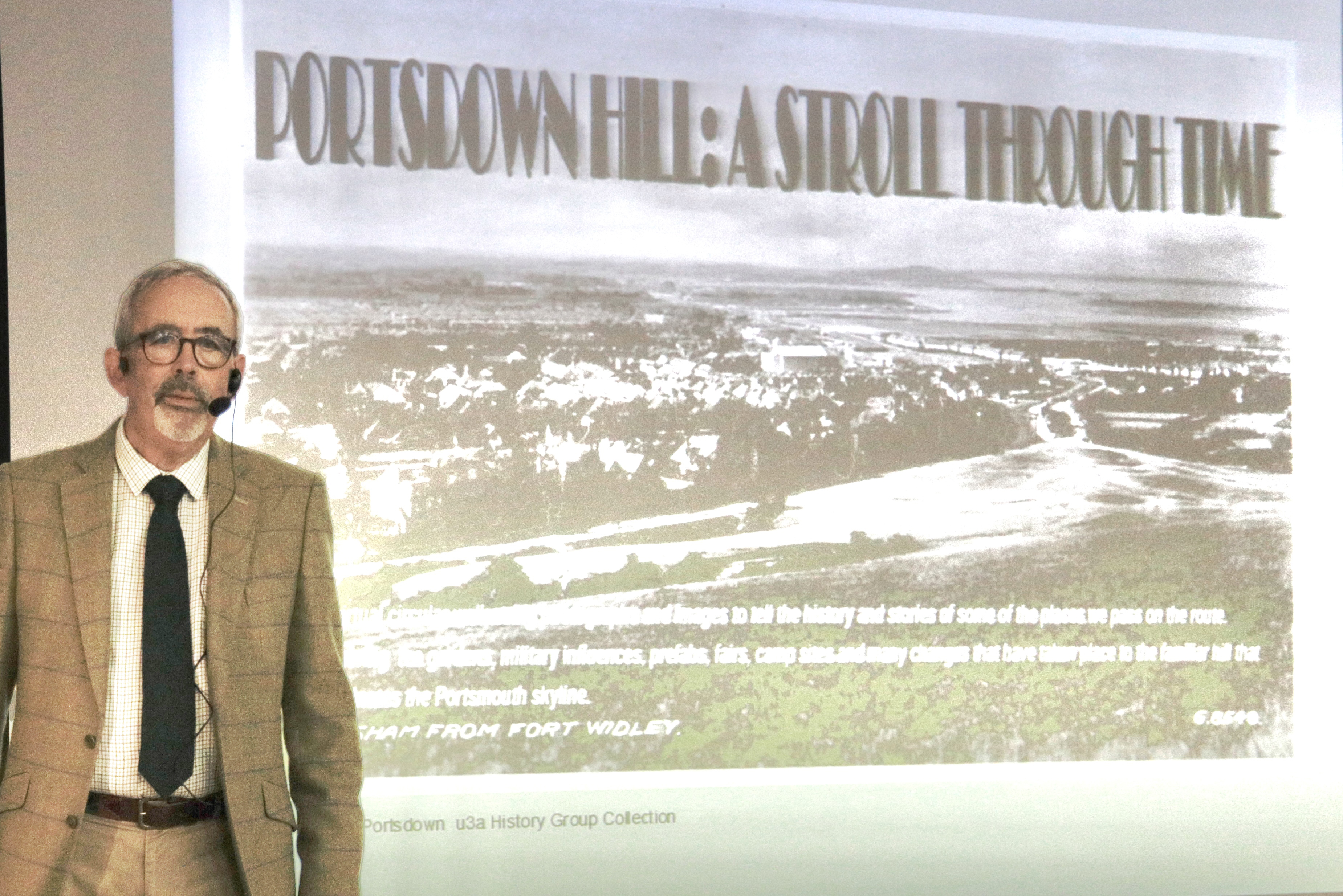 Portsdown Hill – A Stroll Through Time
by
Nigel Gossop

The talk in October 2021 given by Nigel Gossop, the Trust’s new talks organiser, to a full audience was the first Emsworth Museum Talk for many months. Enhanced by digital images the talk revealed a full picture of the 7-mile chalk hills area named Portsdowm Hill. The chalk was deposited over 65 million years ago at the bottom of tropical seas.

The sheep and cattle that grazed on the hills were portrayed in a painting by William Callcott and maps of the area dating back to 1888 were shown. From Portsdown Hill, in the distance can be seen Cosham High Street and Fareham.

There were many tunnels in quarried chalk cliffs and they were used as shelters in the 2nd World War. Iron bunks were installed and an admission card was required to access a place.

In 1896 there was a service from Portsdown to Horndean and in 1897 Portsmouth Council took over and extended the tramways. This service was considered good and fashionable but by the 1930s it became less popular and was closed in 1935.

Gradually Portsdown became a popular destination not only to visit but to live in as well. After the World War II prefabs were built as the population increased. For relaxation pubs grew in number with the George still standing, dating back to 1818. Fair Days were fun days on Portsdown Hill, especially enjoyed by the Victorians and Edwardians. Held until the 1970s it was quite a walk to the destination of the Fair at the top of the hill. Scouts also enjoyed Field Days on the Hill.

An important milestone on was the provision of fresh water for in 1840 only 4,500 people in whole the Portsmouth area had access to fresh water so a Portsmouth Water company was formed to provide fresh water to the whole area.

Nigel ended the talk with emphasis on the history of human habitation on Portsdown Hill. Neothlihic, Bronze Age and Saxon burial remains have been found as well as early examples of coins.